Managing the Effects of Large-Scale Solar on Farmland

With the creation of the Smart Solar Siting Scorecard, a new tool to 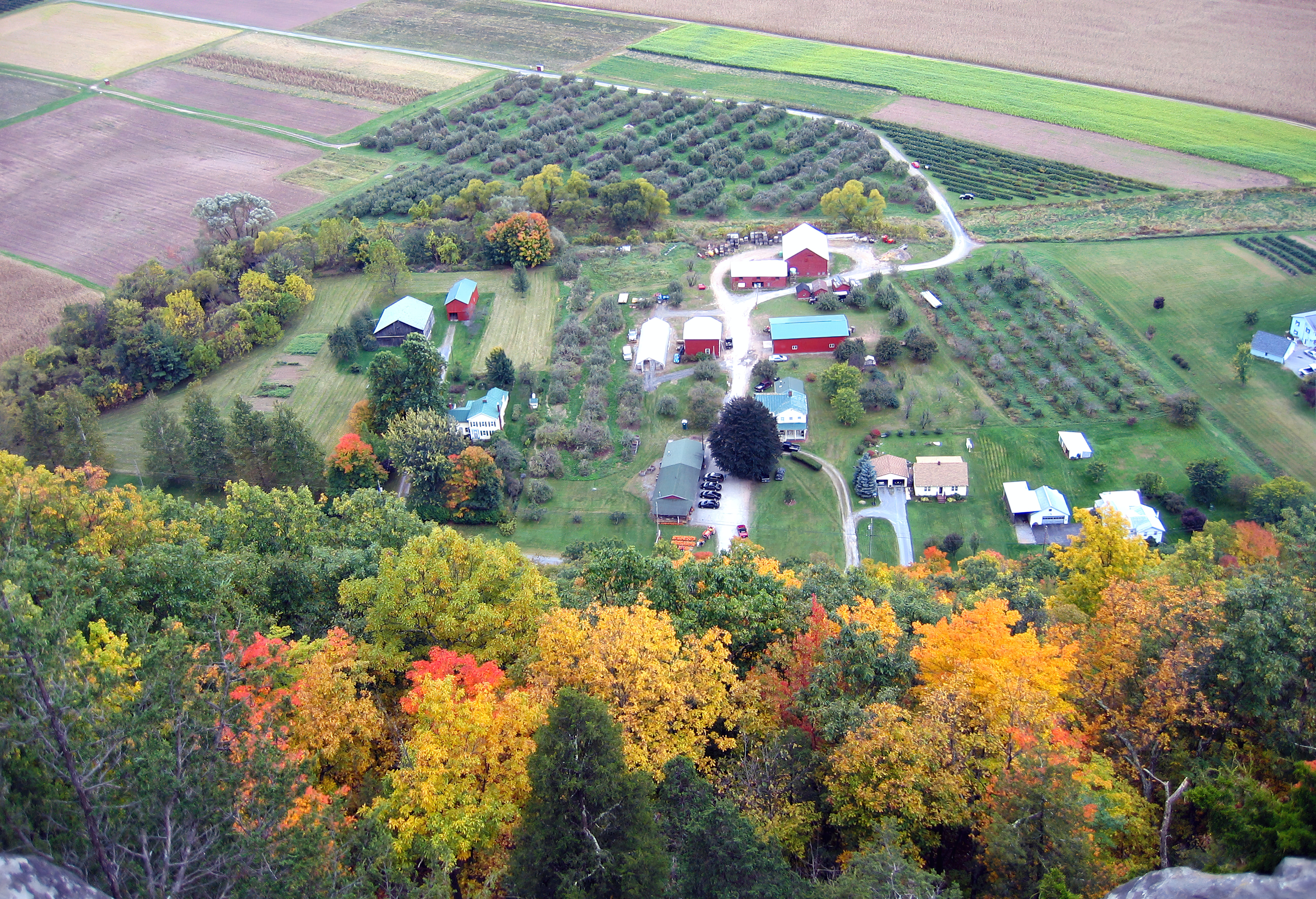 The Scorecard helps address complex tensions. Flat, open farmland is a desirable, low-cost location for installation of utility-scale projects, and some farmers may see solar land leases as a new revenue stream. Some, however, have concerns about changing the look and feel of their communities, and the State and farmers want to maintain agriculture as a cornerstone of their economy. The Scorecard asks developers a series of questions about the proposed facility’s relationship to farmland, with each question leading the developer to a list of minimization strategies if the footprint of the project is sited on farmland. The Scorecard signals the State’s priorities through points awarded to strategies like preserving or enhancing the quality of the soil or allowing continued farm operations in and around the solar panels. The A-TWG continues its work this year, advising the State on improvements to the Scorecard and research or policies that can help developers, local governments, farmers, and conservation organizations better navigate the challenges of the clean energy transition. 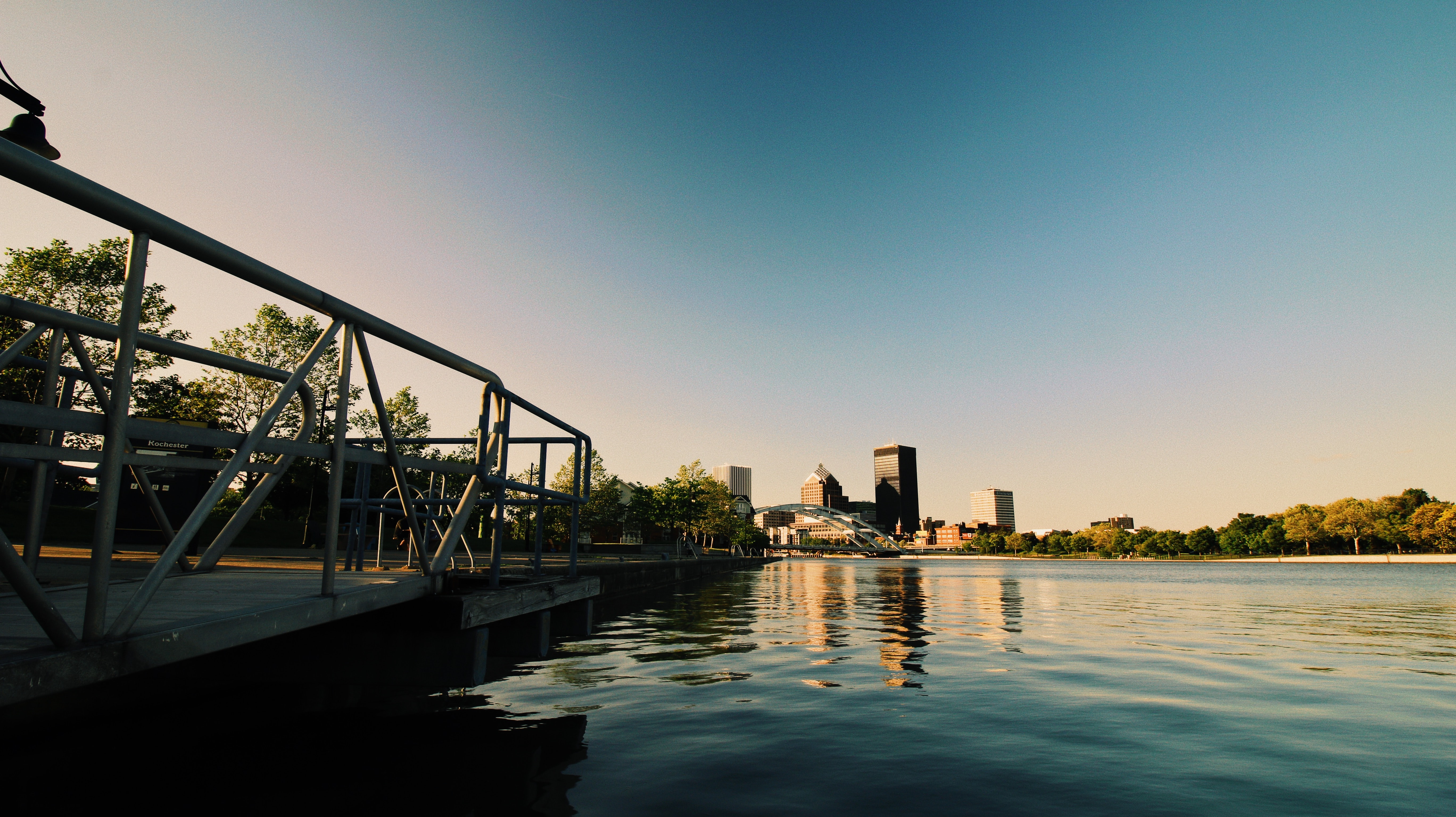 and Development Authority) convented a team of climate scientists, policymakers, and community leaders to launch a new statewide assessment of the effects of climate change. CBI staff Catherine Morris, Ona Ferguson, Nate Lash, and Patrick Field—in partnership with the Eastern Research Group (ERG)—are supporting the effort. The assessment has two broad goals: 1) document how changing climate will affect New York’s many diverse communities, ecosystems, and industries, and 2) foster informed decisions around climate resiliency and preparedness. CBI’s team facilitates eight different sector advisor teams involving hundreds of participants, representing a range of interests—from agricultural to social and economic. CBI also supports the ERG team in leading technical working groups and chapter authors. This assessment has sought to be highly inclusive, involving not only climate specialists, but stakeholders from across the state and with a focus on equity and lived experience. Cross-cutting issues include those of environmental and climate justice, coastal resources, and municipalities, where many of the hard decisions over climate and local land use, infrastructure, and services will be made. CBI expects to continue this work through 2022.

Imagine walking down a New York City street without any trees in the summer.
The sun beats down. 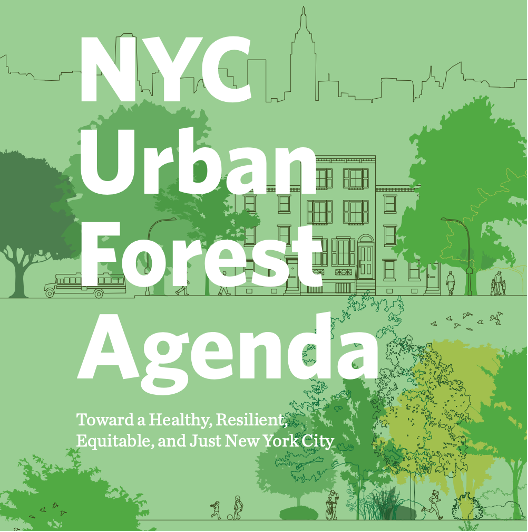 Heat radiates off the sidewalk. It’s a sweltering and uninviting streetscape. Now picture that same street with a row of trees. Pockets of shade cool the street. Residents gather on their stoops. Though you can’t see it, the trees and tree beds are improving air and water quality. Unfortunately, in New York City and elsewhere, too often these benefits are not spread equitably among residents, with under-resourced communities lacking their fair share of the urban forest. Moreover, there are often insufficient resources in place to maintain and grow a city’s vitally important tree canopy.

CBI Senior Mediators Ona Ferguson and Bennett Brooks and Associates Nate Lash, Maggie Osthues, and Brandon Chambers have been working for the past two years with The Nature Conservancy to build a coalition among dozens of NYC organizations committed to growing the city’s tree canopy. Last summer, the collaboration hit a big milestone: the release of its groundbreaking NYC Urban Forest Agenda, a call to action that put forward a dozen critical recommendations. Now CBI is moving into the next phase (called Forest for All NYC), helping the coalition put the plan into action by facilitating a leadership team and four separate action teams. One big win: In February, all five of NYC’s borough presidents released a call to increase the city’s canopy coverage to 30% by 2035, mirroring one of the key recommendations in the NYC Urban Forest Agenda. 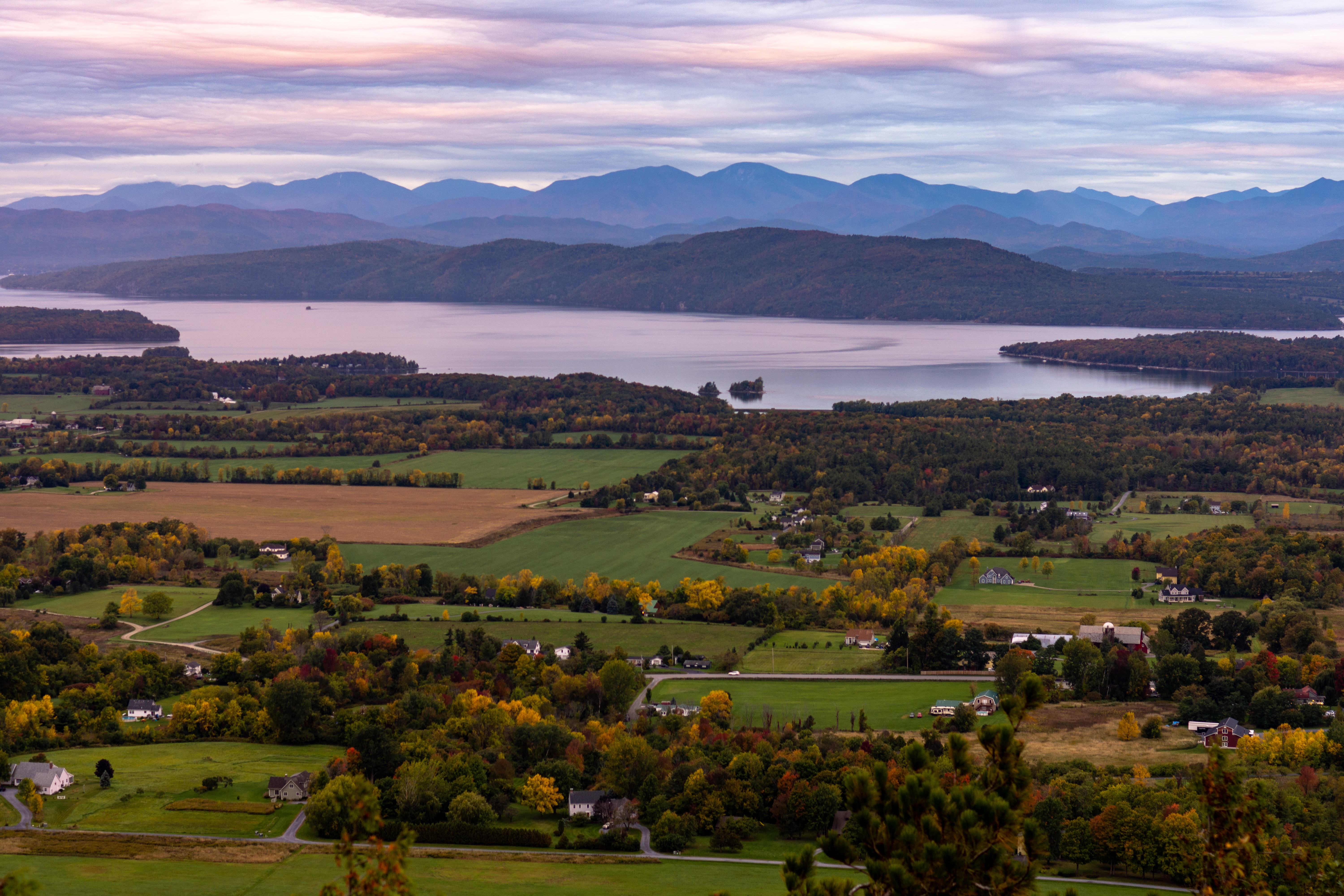 In early 2021, CBI started working with Vermont Climate Council to help develop a statewide climate action plan, adopted by the Council on December 1, 2021. The CBI team of David Plumb, Catherine Morris, Patrick Field, and Cameron Hager were brought on to facilitate the work of the Council, which had an ambitious task of developing a comprehensive climate action plan across five subcommittees: Agriculture & Ecosystems, Cross-Sector Mitigation, Just Transitions, Rural Resilience & Adaptation, and Science & Data. To build equity into climate adaptation planning, the Just Transitions subcommittee created an innovative set of principles and a scoring rubric for other subcommittees to use when evaluating potential actions. CBI continues to work with the Council this year to support transportation and biomass initiatives, life cycle analyses, and more intensive community outreach and engagement. With the Council, CBI is helping design processes to reach community members through trusted community-based organizations and create, with community members, a meaningful way of talking about climate action. Learn more about the Vermont Climate Council here. 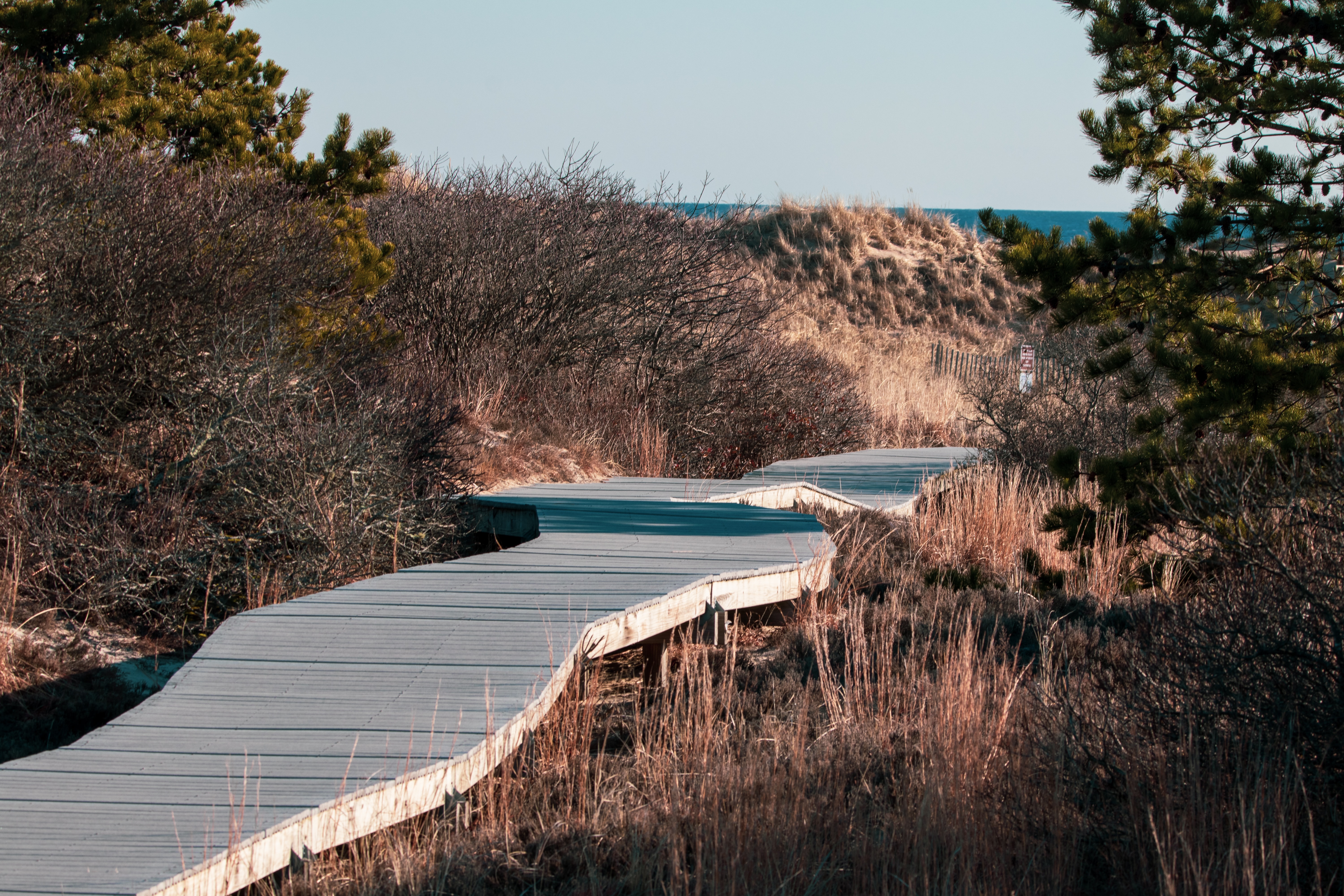 Plum Island is a barrier island on the Atlantic Ocean north of Boston with homes (both seasonal and year-round), businesses, and the Parker River National Wildlife Refuge. Partnering with the municipalities of Newbury and Newburyport, Horsley Witten Group, and economic consultants Camoin 360, with support from the Massachusetts Municipal Vulnerability Preparedness program, CBI staff Elizabeth Cooper, Ona Ferguson, and Maggie Osthues worked with the technical staff and a community advisory group to learn: What sea level rise is anticipated in coming decades? What can people in the community expect to see in terms of daily inundation on Plum Island? What are the fiscal and economic impacts of flooding on Plum Island today, and how are those likely to change over time?

Community members want to plan ahead, knowing that in about 50 years there is likely to be daily flooding on the island. They want to be thoughtful in their choices to ensure that residents and visitors can enjoy the island while also preparing for change. Those involved in the project expect to use the mapping and financial calculations from this project for decision-making about investments in bridge elevation, for instance. 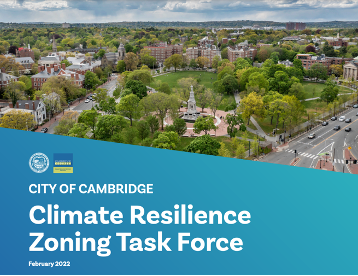 CBI’s home city of Cambridge, MA, continues to lead in advancing municipal-scale urban climate resilience, with support from CBI. Senior Associate Elizabeth Cooper recently facilitated a Climate Resilience Zoning Task Force, bringing together large nonprofit institutions in the City, business representatives, developers, environmental experts, and residents. The Task Force advises on new zoning requirements to make development in the City more resilient to the urban heat island effect, and also resilient to flooding due to precipitation, sea level rise, and storm surge. With CBI’s facilitation and technical support, this committee developed and reached agreement on recommended enhancements to City zoning, including a first-of-its-kind performance-based “Cool Factor” to measure and score the heat resilience and contributions to neighborhood/public cooling of large-scale development proposals. Elizabeth and Associate Nate Lash are now facilitating a Working Group charged with advising on the development of a $100M infrastructure project in the flood-vulnerable Port neighborhood of the City, as well as facilitating community engagement to guide the street, sidewalk, and open space improvements in the neighborhood that accompany flood resilience efforts. 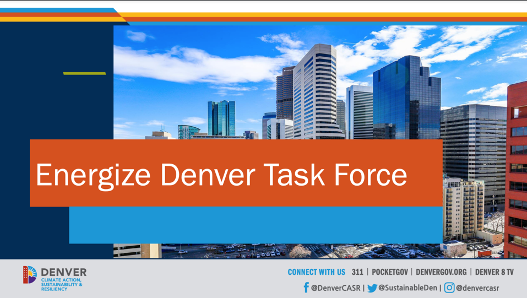 The ‘Energize Denver’ Task Force, facilitated in 2021 by CBI Senior Mediator Ryan Golten, proposed major policy recommendations to get Denver's 17,000 buildings to net zero energy by 2040. At the end of 2021, the City passed an ordinance based on the Task Force’s recommendations, making Denver the first to require commercial and multifamily buildings to reduce greenhouse gas emissions through energy efficiency, renewable energy, and building electrification. Commercial and multifamily buildings account for 49% of the city’s greenhouse gas emissions. The Task Force built equity into the energy transition by directing early and primary benefits toward communities of color—historically disadvantaged by Denver’s practice of redlining and at the highest risk from climate change. The Task Force directed intensive support and early incentives for under-resourced neighborhoods and strong provisions for creating good, local jobs to enable the transition. The recommendations were the culmination of eight concentrated months of collaboration and conversations among diverse stakeholders, including building-owners and managers, local utility and energy providers, resident and tenant advocates, non-profits, labor and workforce representatives, and clean energy advocates. Learn more here. 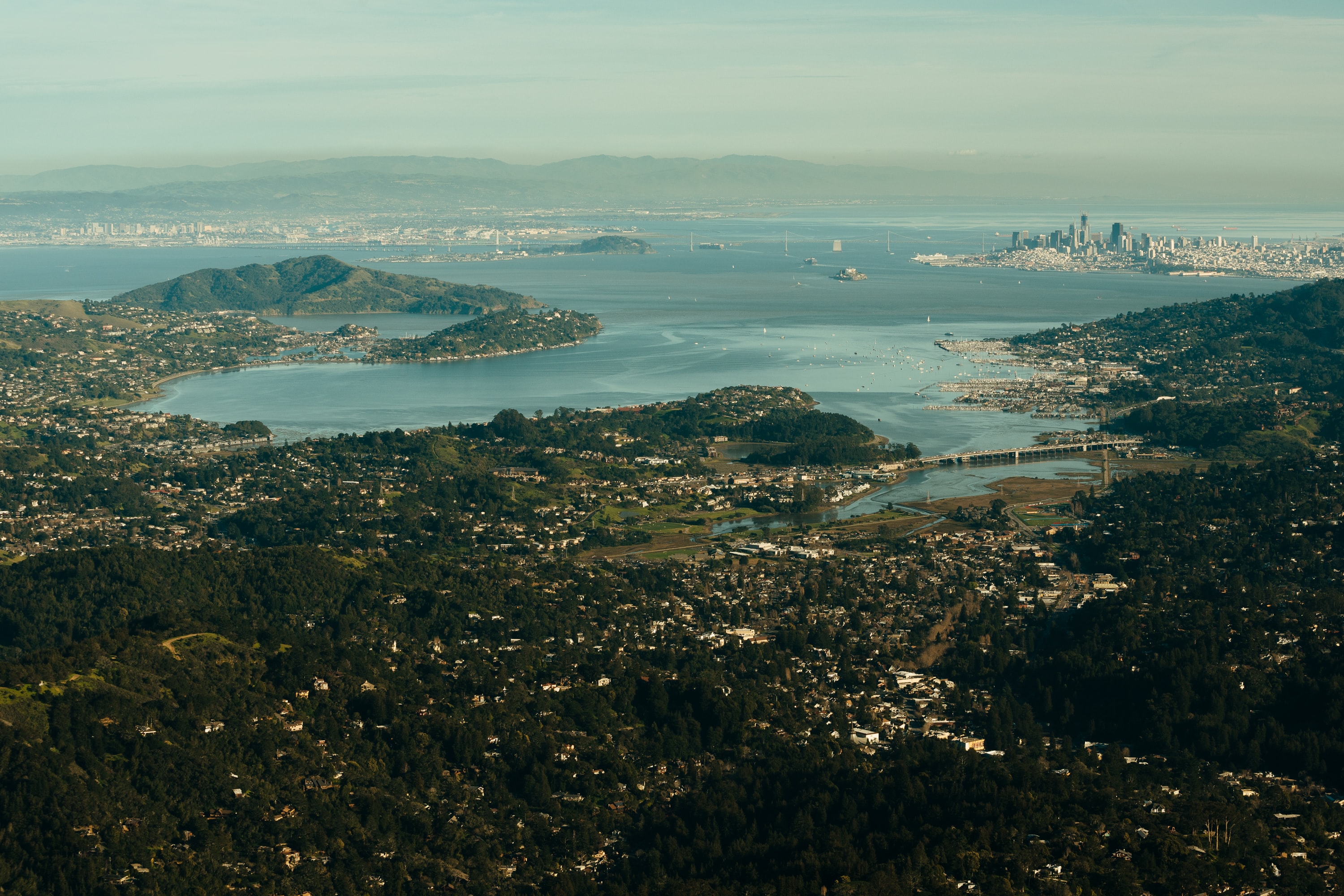 California’s Bay Area will be one of the North American regions hardest hit by sea level rise. CBI Senior Mediator and Director of CBI West Gina Bartlett has been working with regional agencies, nonprofits, and community leaders of the nine-county Bay Area to create a joint platform to address this challenge. The result, Bay Adapt, has established regional agreement on the actions necessary to protect people and the environment (built and natural) from sea level rise.

The San Francisco Bay Conservation and Development Commission (BCDC) in cooperation with a broad range of Bay Area leaders met together to develop this innovative platform of guiding principles and priority actions. CBI helped set the strategy for engagement and facilitated the Leadership Advisory Group of 32 agency, academic, and nonprofit leaders who provided direction and oversight for the joint platform, which includes a focus on community-driven planning with socially vulnerable communities. At this point, 50 entities—including counties and towns; regional, state, and federal agencies; non-profit organizations; and other public entities—have endorsed the platform. 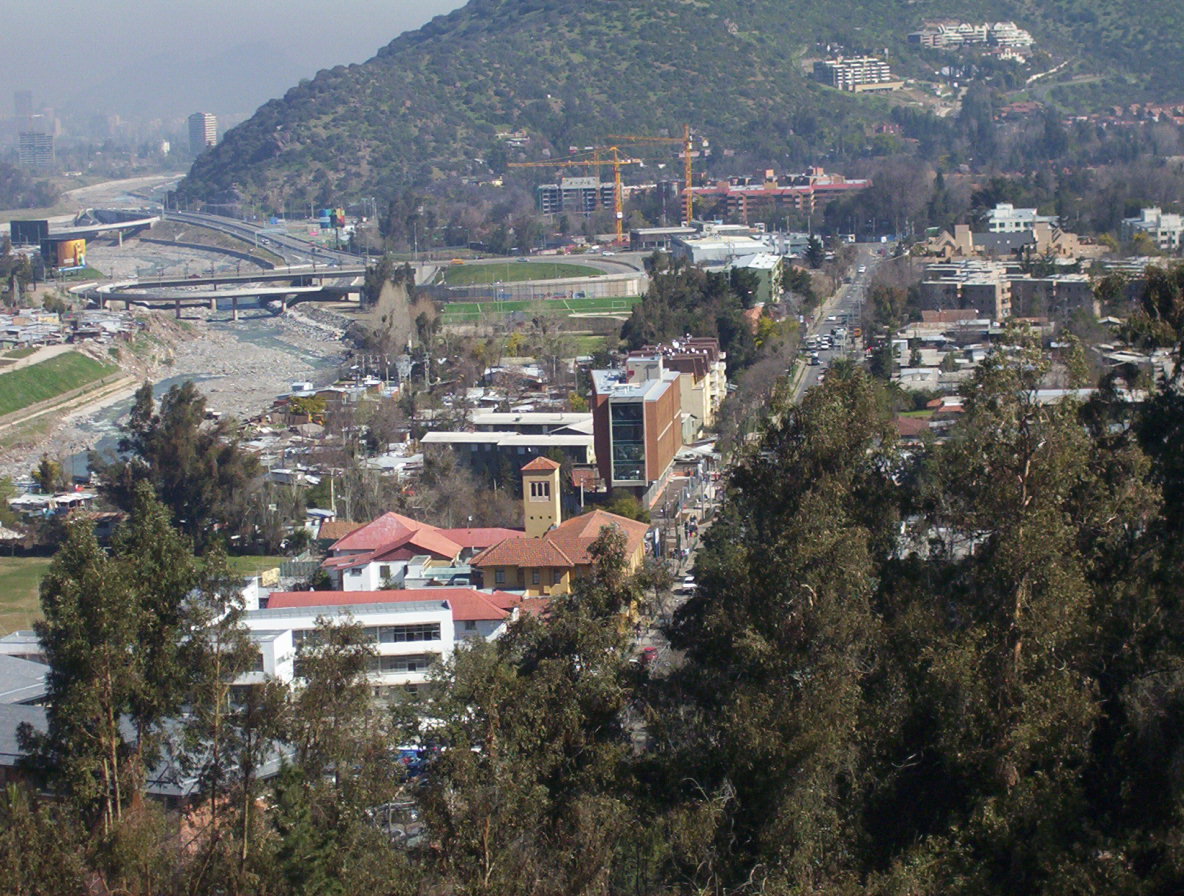 In 2021, the CBI Chile team worked with Chile’s Agency for Sustainability and Climate Change (ASCC), the Municipality of Lo Barnechea, and EBP to promote more efficient water use in this drought-stricken part of the capital. Lo Barnechea has one of the highest per capita rates of water use in Chile, yet has faced a substantial drop in rainfall in recent decades. This trend is projected to worsen in coming years. To help mitigate this situation, the municipality participated in the ACCC's Clean Production Agreements program, with the goal of engaging diverse stakeholders in voluntary efforts to reduce water consumption. CBI helped the municipality and its partners kick off this effort, working with a team of technical experts from EBP to identify key water stakeholders’ consumption patterns and views of current water problems. CBI also facilitated two workshops with these stakeholders—including residents, neighborhood associations, schools, golf clubs, ski resorts, malls, and a major mining company—to share these findings and jointly identify initiatives to include in the agreement.